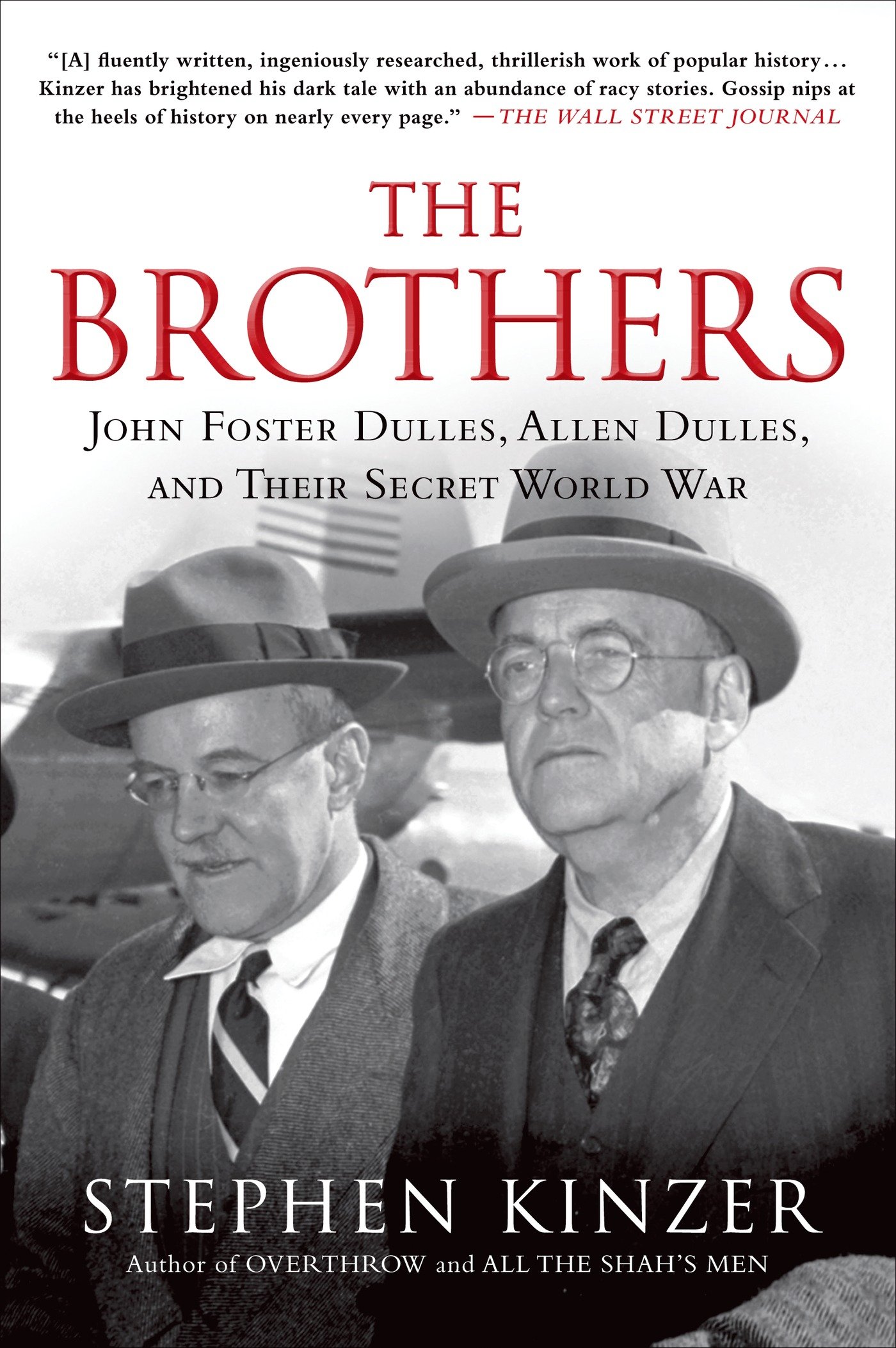 “[A] fluently written, ingeniously researched, thrillerish work of popular history… Mr. Kinzer has brightened his dark tale with an abundance of racy stories. Gossip nips at the heels of history on nearly every page.” ―The Wall Street Journal
“Anyone wanting to know why the United States is hated across much of the world need look no farther than this book… A riveting chronicle.” ―The New York Times Book Review
“[The Brothers] is a bracing, disturbing and serious study of the exercise of American global power… Kinzer, a former foreign correspondent for the New York Times, displays a commanding grasp of the vast documentary record, taking the reader deep inside the first decades of the Cold War. He brings a veteran journalist’s sense of character, moment and detail. And he writes with a cool and frequently elegant style.” ―The Washington Post
“[A] fast-paced and often gripping dual biography.” ―The Boston Globe
“Stephen Kinzer’s sparkling new biography…suggests that the story of the Dulles brothers is the story of America.” ―Washington Monthly
“Two exceptionally important stories take up the bulk of Kinzer’s book, and both are told with considerable insight and disciplined prose.” ―Bookforum
“The errors of the Dulles brothers are vividly described in this highly entertaining book…A thoroughly informative book.” ―Revista: The Harvard Review of Latin America
“A historical critique sure to spark debate.” ―Booklist
“The culmination of an oeuvre (All the Shah’s Men, Overthrow and others) featuring the Dulles brothers in supporting roles, The Brothers draws them from the shadows, provoking a reevaluation of their influence and its effects.” ―Kirkus.com
“A secret history, enriched and calmly retold; a shocking account of the misuse of American corporate, political and media power; a shaming reflection on the moral manners of post imperial Europe; and an essential allegory for our own times.” ―John le Carré
“Kinzer tells the fascinating story of the Dulles brothers, central figures in U.S. foreign policy and intelligence activities for over four decades. He describes U.S. efforts to change governments during this period in Iran, Guatemala, Vietnam, Cuba, and other countries in exciting detail.” ―John Deutch, former director, Central Intelligence Agency
“As someone who reported from the Communist prison yard of Eastern Europe, I knew that the Cold War really was a struggle between Good and Evil. But Stephen Kinzer, in this compressed, richly-detailed polemic, demonstrates how at least in the 1950s it might have been waged with more subtlety than it was.” ―Robert D. Kaplan, author of The Revenge of Geography
“A disturbing, provocative, important book. Stephen Kinzer vividly brings the Dulles brothers, once paragons of American Cold War supremacy, to life and makes a strong case against the dangers of American exceptionalism.” ―Evan Thomas, author of Ike’s Bluff: President Eisenhower’s Secret Battle to Save the World
“The Dulles brothers, one a self-righteous prude, the other a charming libertine, shared a common vision: a world run from Washington by people like themselves. With ruthless determination, they pursued, acquired, and wielded power, heedless of the consequences for others. They left behind a legacy of mischief. Theirs is a whale of a story and Stephen Kinzer tells it with verve, insight, and just the right amount of indignation.” ―Andrew J. Bacevich, author of Washington Rules: America’s Path to Permanent War

If you’re looking for the most recommended brothers, then this product is a great option. Many good reviews have already proved the quality of this product.

Read some of the latest reviews from real buyers

If this is a MUST HAVE product, be sure order now to avoid disappointment. This is the lowest price we have found online.